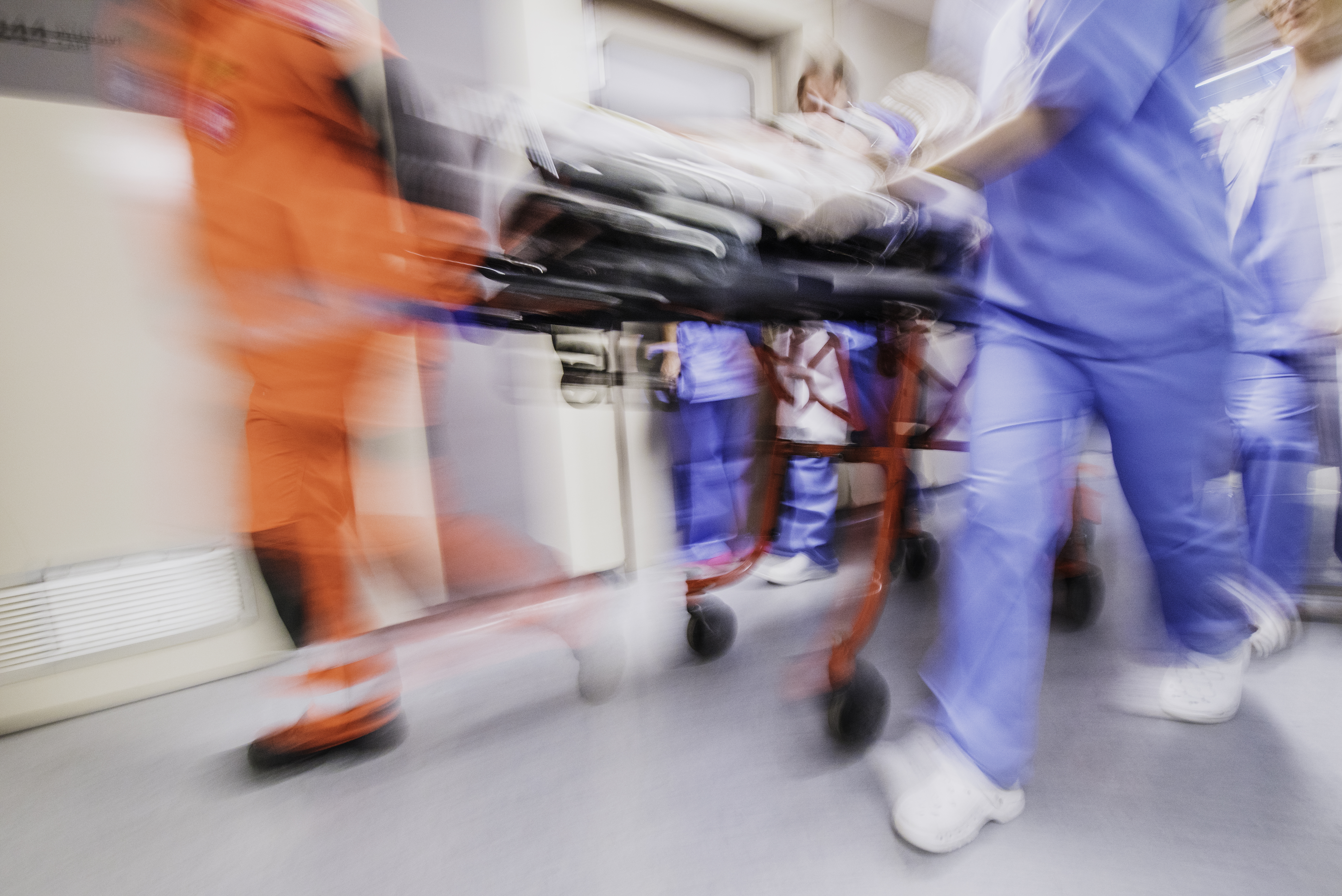 Getting the retail industry off life support following Covid-19

How can we revive the retail industry following the pandemic? And can we take inspiration from how the NHS respond to an emergency situation?

This was the topic of discussion during the keynote session at Future Stores, the leading virtual conference for progressive leaders of retail and in-store experience specialists.

Led by Rotageek’s CEO and co-founder, Chris McCullough tapped into his 16 year experience of working as an NHS doctor to share how we can apply the tenets of emergency medicine to the retail industry’s recovery. Revealing the four principles of major incident response, this session shares exactly how retail can land back on its feet.

A series of events occur when a major incident hits an A&E department. Its arrival is declared, key roles are assigned, communication and triage areas are established. A domino chain reaction is prepared for and a recovery plan is put in place to limit future disruption.

As the pandemic hit, the retail industry’s response followed a similar suit.

A fundamental shift in the way stores and retail would perform was acknowledged across staff and customer communications. Cash position was preserved from increased debt facilities to rent reductions whilst many innovative changes were swiftly put in place.

In the early weeks of the pandemic, John Lewis reallocated staff to assist in Waitrose stores. Harrods set up virtual consultations for their clients. Traffic light and queuing systems were implemented across the high street by tech innovator Qudini. Brewdog even added another alcoholic product to their range in the form of sanitiser gel.

In addition to creative problem solving, retailers remained loyal to their community and suppliers. Primark extended support by placing millions of orders despite closed stores. 26% of retailers did more for their local communities during lockdown.

Whilst the recovery stage may seem far off, the future of retail depends on a strong response plan. In these times of uncertainty, we can look to how the NHS approaches a major incident.

The principles of emergency medicine can be translated into retail

When a trauma team first learns of a patient coming into the emergency department, there are a pattern of principles that occur. The team prepares for the known information; the patient’s gender and current state. They consider what’s unknown; a patient’s medical history, if there has been a use of alcohol or drugs, and their allergies. Then there are the unpredictables - will the patient’s state have accelerated, is there a hidden cause of injury?

The entire response is led by one person, a trauma team leader who oversees the entire process and derives a plan of action, in keeping with four key principles. This role is analogous to a leader in retail going into the face of Covid.

‘Many of the principles that Emergency Medicine teams use to deliver medical care in high-pressure situations can be applied to retail teams responding to Covid-19.’ - Chris McCullough, Rotageek

In medicine, it is expected that continuous new information will modify the plan of action. Results, tests and scans all affect how a patient is treated. The ability to make decisions without knowing all the facts is crucial.

Instead of a strict plan, a hypothesis instigates a course of action that adapts as new data comes to light. Throughout, the team leader acts as a central source of information, keeping the team aligned to each step whilst being open to suggestions and challenges.

In a Covid-19 world, retail leaders can expect to face more unprecedented scenarios. They will need to rapidly assess situations without a clear vision of what lies ahead. To continually analyse new data as it arises, the supporting team must be able to function independently and input their feedback as a unit.

As a retail leader, you must also ensure oversight of your response plan. A lack of awareness for the overarching situation is the biggest risk for any team in the midst of a major incident.

Take the Elaine Bromily case for example, a routine operation patient in 2005. An emergency incident occurred when Elaine’s airways became obstructed, however the team failed to clearly communicate and acknowledge one another’s suggestions. Rather, there was no clear leadership, and although Elaine survived the procedure, she later passed away from brain injury.

Not maintaining oversight can have catastrophic consequences. As the leader gets too involved in the detail, they lose sight of other high potential hazards. Rather a team must be able to function autonomously, or the leader needs to transfer situational awareness to a second in command.

3. Flatten the hierarchy with open communication

A leader’s role is tough and their cognitive load is high. But the top of the hierarchy isn’t the only place where decisions can be made.

In 1977, a Korean Air flight crashed over Guam, killing more than 200 people. A contributing factor to the tragedy was a copilot’s reluctance to speak up over his senior pilot when he noticed an error.

A culture of challenging and sharing ideas is imperative for any business’ success. As a leader narrates their thoughts to keep the team aligned, feedback should be bounced around, creating a culture of cross-team communication.

In a world where face-to-face discussion isn’t always an option, digital innovations supply us with an answer. Rotageek partner, Yapster, is a platform that is transforming retail communication. Head office teams can message down to the store front and receive feedback centrally.

Shortening the distance between decision making and the frontline will be key for retail as we continue to operate in an uncertain environment.

4. Support and compassion for your team

Whether in a medical scenario or place of business, major incidents have an undeniable impact on our team. Whilst colleagues may cope at the time of crisis, the ramifications of their experience hits them during downtime.

Trauma team leaders immediately debrief after a case and the same should be said for the retail industry. No matter their position, retail staff have experienced unprecedented challenges and with the continuing threat of a second wave, the need for compassion only increases. By recognising the difficulty of a situation, you allow staff to cope better and to re-engage quicker.

A culture of support can come from an individual, or from the company as a whole. During the outbreak, Pets at Home implemented a cross-team buddy system to check in on employees and fill in the gap lost due to remote working.

Using technology partner, Thrive, Rotageek established a similar scheme to support employees’ mental health during lockdown. Rotageek’s automatic scheduling software has also been highly beneficial during this time of uncertainty by decreasing fatigue and catering to the need for flexible working.

If you would like to find out more about what Rotageek’s scheduling capabilities can do for your business, get in touch with our team today.

For the latest in scheduling and workforce planning news

The Importance of Human Support

RotaGeek Limited is a company registered in England and Wales with the company number 06783810 and registered address of 71-75 Shelton Street, London WC2H 9JQ